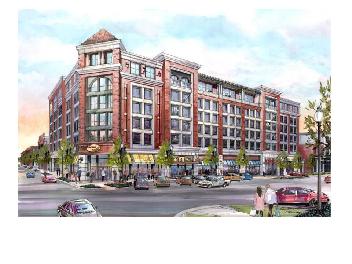 Project 28 provided for the construction of a downtown parking deck called the West Washington Building. The new deck contains 540 parking spaces and is 285,000 square feet. The deck also contains office space at the top and retail space on the bottom floor. The roof of the deck has a garden to capture storm runoff, which led to a Leadership in Energy and Environmental Design certification. The deck is a subject of the Public Art program and has designed metal panels and fabric banners installed throughout.

The total cost of the project was estimated to be $12 million. The ADDA (Athens Downtown Development Authority) will issue debt backed by Athens-Clarke County in the amount of $5.1 million to finance the balance of the project not provided from SPLOST 2005 funds. The revenue form the deck will be used to pay the operating expenses of the deck and debt service for the ADDA debt issued for this project.