Appearance & Size:  Typically black in color, but colors can range from brown, cinnamon, blue/grey, and even white.  Males typically weigh 120-600lbs and females 90-300lbs
Diet:   Bears are omnivorous, meaning they consume both plant and animals matter. Only about 5% of a bears’ diet is made up of meat and most of that is scavenged and not hunted.
Habitat & Range:  North America (Canada, United States, northern Mexico)  Black bears are typically found in forest but can be found in mountains and swamps. 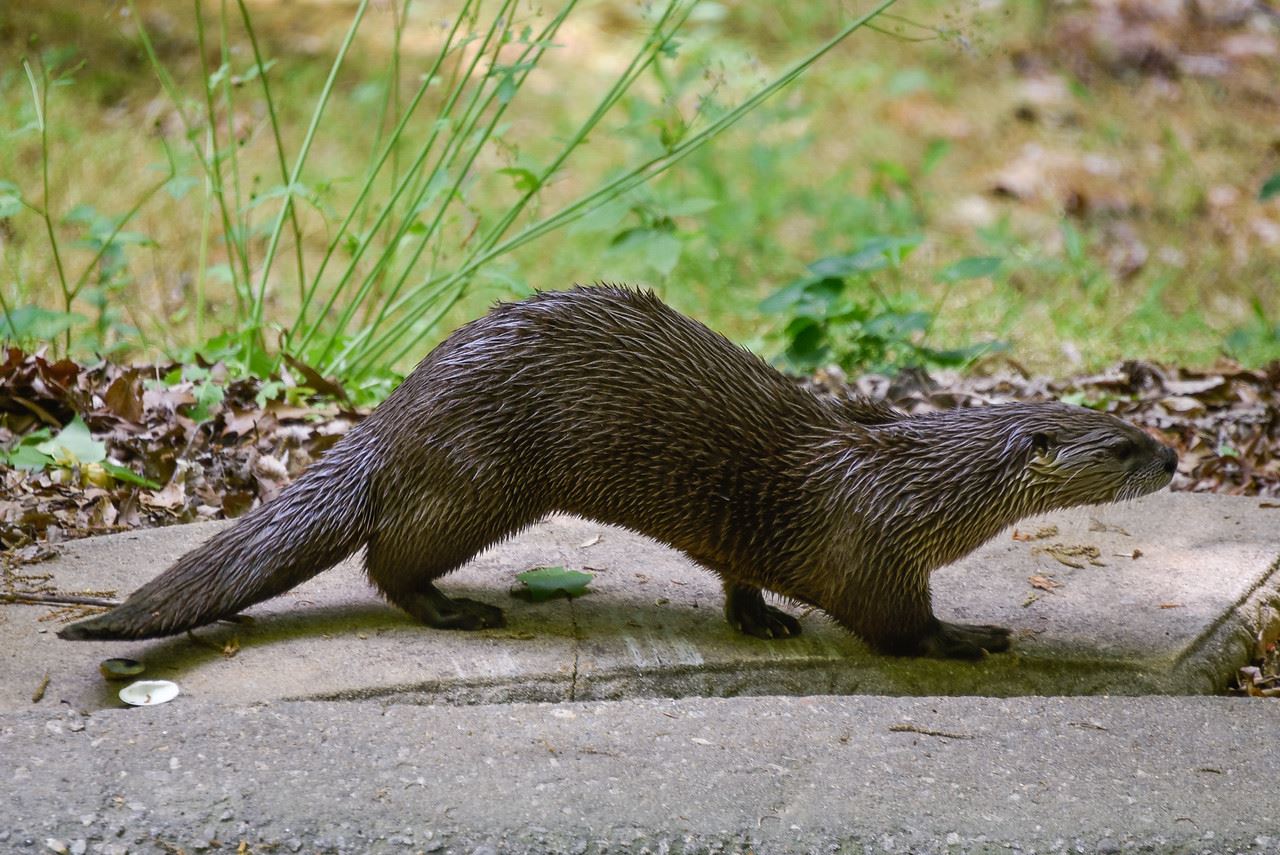 Appearance & Size:   They have long, streamlined bodies, thick tapered tails, short legs, wide, rounded heads, small ears, and nostrils that can be closed underwater. The fur is dense and soft, effectively insulating these animals in water.
Diet:  Mostly fish, as well as amphibians and crustaceans. Small mammals, mollusks, reptiles, birds, and fruits are consumed opportunistically.
Habitat & Range: United States and Canada, in a diversity of aquatic habitats.  They are semi-aquatic.

Otters are known as playful animals, exhibiting behaviors such as mud/snow sliding burrowing, and water play, and can live alone or in family groups. They are excellent swimmers and divers, able to stay underwater for up to 8 minutes.  Otters have a low tolerance for polluted water, river otters are considered to be a good indicator, or keystone, species of the quality of aquatic habitats. 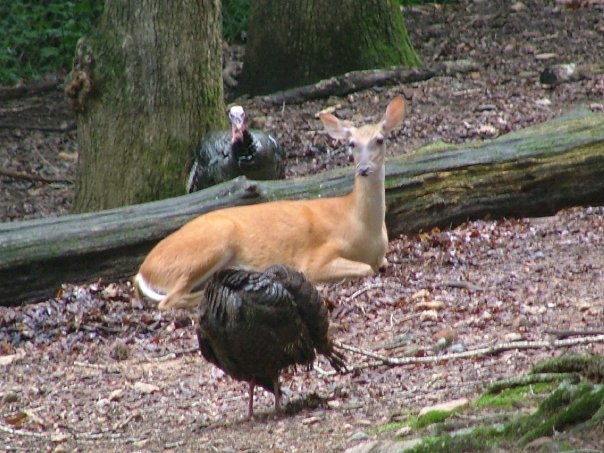 Appearance & Size:  Males possess antlers which are shed from January to March and grow out again in April or May, losing their velvet in August or September.
Diet:  Herbivores; In eastern forests, buds and twigs of maple, sassafras, poplar, aspen and birch (to name a few) are consumed, as well as many shrubs.
Habitat & Range:  Most of southern Canada and the entire mainland United States except a few states in the west. They are able to survive in a variety of terrestrial habitats, farmlands, brushy areas, and deserts. Ideal whitetail deer habitat would contain dense thickets in which to hide and move about and edges which provide food.

White-tailed females are very protective of their babies. When looking for food, females leave their offspring in a hiding place for about four hours at a time. While waiting for their mother to return, fawns lay flat on the ground with their necks outstretched, well camouflaged against the forest floor. Fawns begin to follow their mother on her foraging trips once they are about 4 weeks old. White-tailed deer fawns nurse for 8 to 10 weeks before they are weaned. Young males leave their mother after one year but young females often stay with their mother for two years.  If you see a fawn, leave it alone.  Whitetail deer are the most nervous and shy of our deer. They wave their tails characteristically from side to side when they are startled and fleeing. They are extremely agile and may bound at speeds of up to 30 miles per hour through tangled terrain in a forest.

Fun Fact:  White-tailed deer played an integral role in the history of Bear Hollow Zoo. At one time, this site was used to raise white-tail deer to be released in the area, as they were actually in danger of being wiped out from the State of Georgia. During this endeavor, the University of Georgia developed the first dart gun, which is now used throughout the world as often the safest means of tranquilizing wild animals.