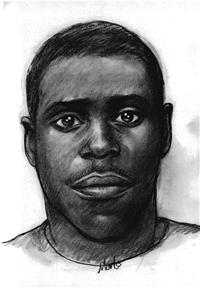 On the afternoon of March 22nd, 2011 a kidnapping occurred at a residence on Ranick Road. The victim was forced into the trunk of a Cadillac by Jamie Hood and three other unknown masked suspects. As they were driving away the victim was able to free himself and escape. The suspects abandoned the vehicles. One vehicle was abandoned in the area of Old Winterville Road and Dublin Street, and the other vehicle was abandoned of Little Oak Street and Inglewood Avenue. Witnesses saw the three unknown suspects without their masks at that time. A GBI sketch artist met with witnesses and produced the attached sketches. Jamie Hood was later arrested for the shootings of SPO Buddy Christian and SPO Tony Howard which occurred just after the kidnapping. Anyone with information on the identities of the suspects from these sketches should call Athens-Clarke Police Detective Charles Ivey at (706) 613-3888 extension 337 or GBI Special Agent Rebecca Shaw at (706) 522-2309. 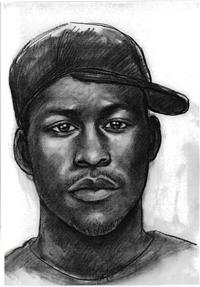 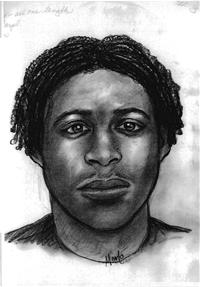