The Legacy Forest Project works to ensure the longevity of one of our communities’ oldest resources. A legacy forest is defined as a forest that is at least one acre in size that is documented to be at least 80 years old. In the early 20th century, the land around Athens-Clarke County was made up of predominantly agricultural fields but now is used for a variety of purposes that we see and know today. Tracking legacy forests helps us to understand how the land has changed over the last century and to identify priority natural resources that would benefit from conservation.

The Legacy Forest Project uses aerial photos from the U.S. Department of Agriculture that date from 1938 to 2017 and show the changes in historic forest coverage. These photos track which of the original 1938 forests are depleted and which have survived over time. By knowing which historic forests remain, land planners and developers are able to improve building practices on these sites, therefore preserving forests for future generations.

To develop this information, Sustainability Office staff georeferenced historic aerial photos from 1938, 1851, 1967, 1980, 1993, 2008, and 2017 to known ground points in order to remove errors and distortion. After the photos were corrected, staff manually created a GIS layer of all forest stands greater than 5 acres in size and then tracked the loss of these forest stands in the subsequent years.

Through this process, it has been determined that, in 1938, approximately 32% of the total land area of Athens-Clarke County was forested, and the remaining land was farmed or used for development. Between 2017 and 1937, nearly 11,000 acres of our oldest forests were lost (more than 44% of the total resource) and converted to other uses.  Today, less than 18% of our county contains forests that are at least 80 years old. The most common causes of forest loss were residential development, urban sprawl, and commercial logging.

The completed interactive Legacy Forest maps are available to view the changes over time in our forests. Through the dedicated efforts of public and private partners and citizens, the goal is to preserve the amazing legacy these forests represent for those generations yet to come.

You can access the interactive maps by clicking on the image below. 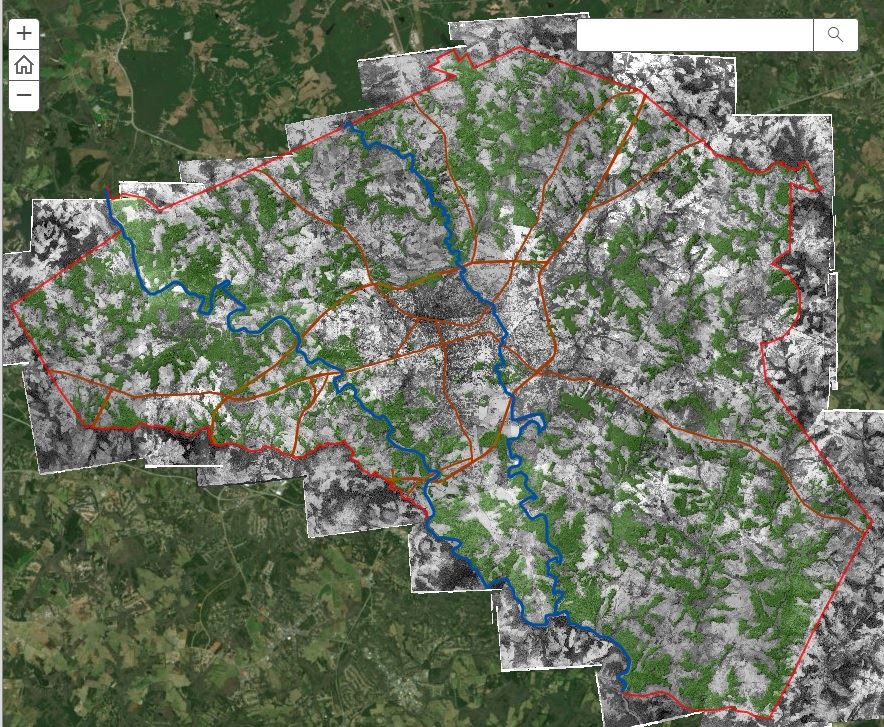