Why Clean and Renewable

Effect of Climate Change in the Southeast

Research has shown that climate change will impact the Southeastern United States through increased flooding, higher temperatures that will affect human health and shift ecosystems, and increased chances for wildfires. In fact, an economic study  reported in Science magazine stated that the southeast and the Midwest would be the most impacted by climate change.

The following information is highlighting research that was pulled from the economic reported cited above. 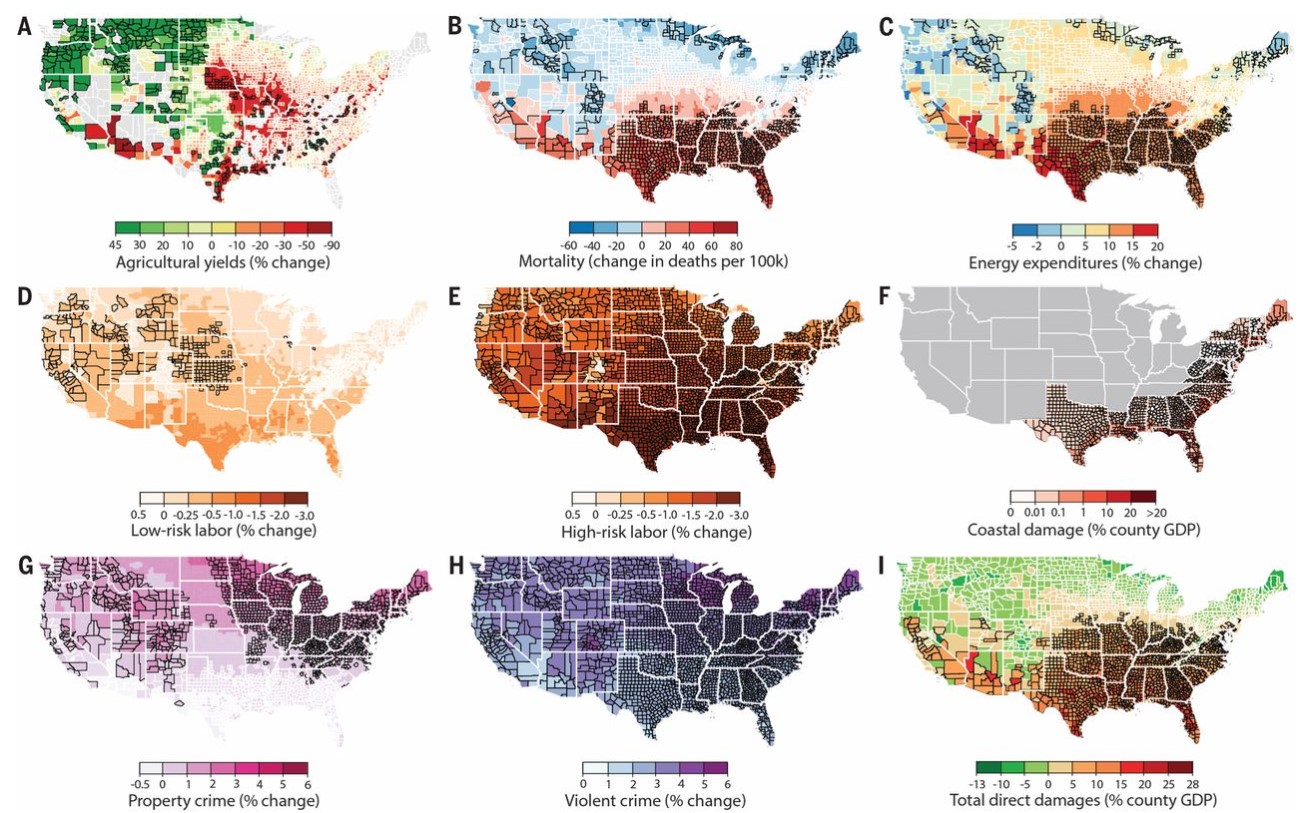 This photo represents 9 different consequences of climate change projected for 2080-2099, a majority of them negativity effecting the southern United States

As the effects of climate change become more apparent, the Athens-Clarke County government has recognized that in order to best serve it’s citizens, it is necessary to move forward in the most sustainable way possible. You can read the 100% Clean and Renewable Resolution to see the commitments outlined by ACCGov to fight against climate change. Through sustainability, we can address the problems of disadvantaged communities through equitable, economic, and environmental approaches. Centering these three key factors will best equip ACCGov to tackle the consequences of climate change.

This section outlines the economic benefit that Athens can gain through the lens of sustainability. The renewable market is steadily growing within Georgia and Athens, which can further serve to keep energy money circulating within Georgia instead of leaving it. This can turn into direct savings for the county and job creation as well.

This section outlines the importance of our environmental impact and where it comes from. Through reducing our energy consumption and using renewable sources, we can begin to repair our relationship to our surrounding environment and conserve the resources that nature provides for free. These resources include; clean water, fresh air, a healthy ecosystem, and food sources.

This section describes the inequalities that exist within Georgia and Athens, and how climate change can lead to further damage and harm to vulnerable and marginalized populations. Two inequality problems that exist within Athens, for example, are Energy Burden and Housing Affordability.

Each of these factors are represented as tabs on the left. If you are interested in learning more about how the 100% Clean and Renewable Resolution will take each of these into account, please click the corresponding issue.