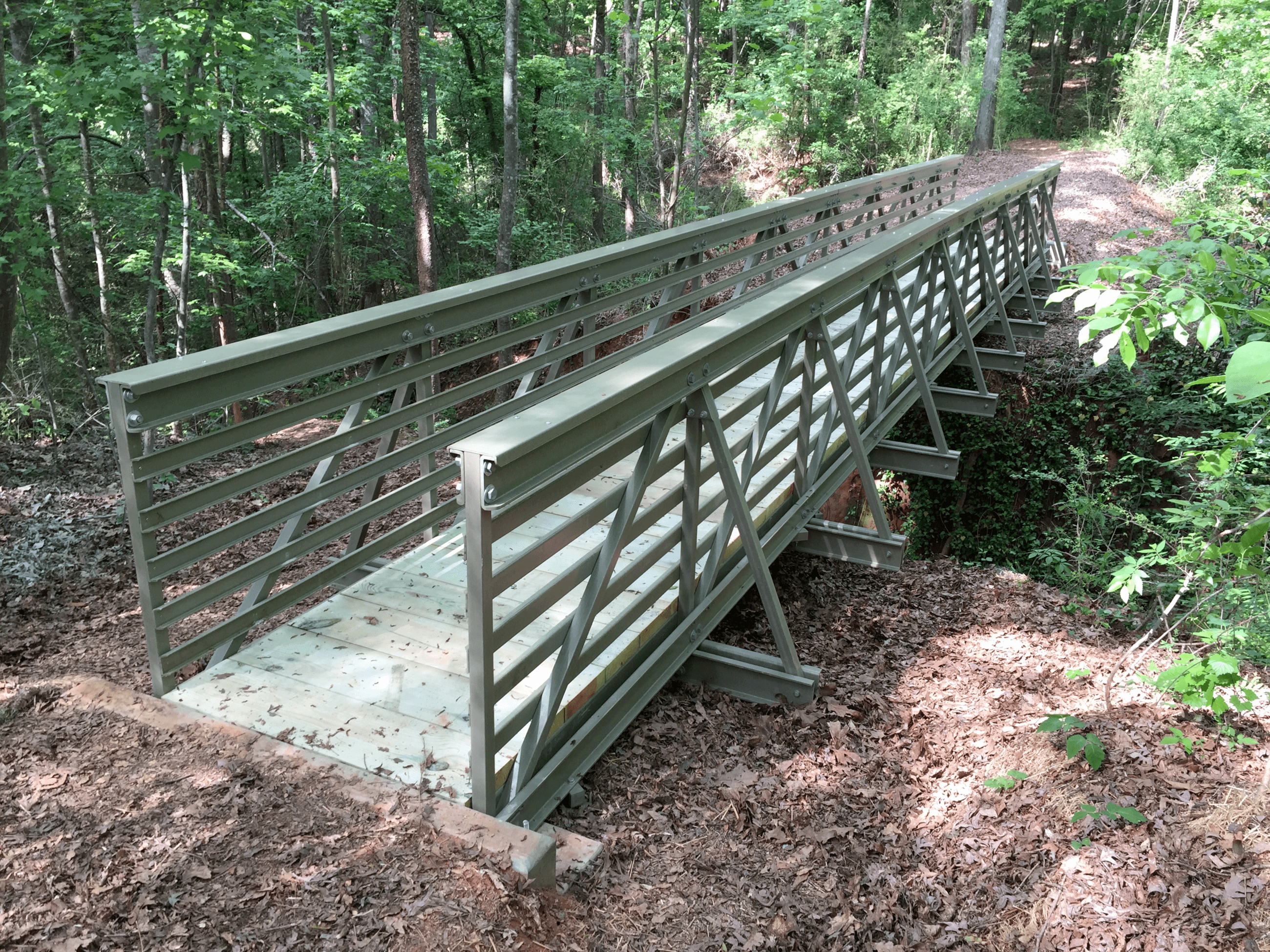 The Birchmore Trail is a 1.25 mile natural surface trail located at Memorial Park in the heart of the Five Points neighborhood. The trail winds through a mature hardwood ravine, over bridges, near creeks, and along a massive stone wall built by Fred Birchmore while he was in his 70's. The trail is intermediate difficulty and does include some uphill climbs and small creek crossings. Trailheads are located behind the Administrative building and along Gran Ellen Drive.Interested in learning more? Listen to a podcast about the Birchmore Trail.

Fred Birchmore, for whom the trail is named, was a rarity - a "curiosity," a community treasure, a legend. A listing of his exploits and adventurers would require a book - in fact, he wrote two. Fred passed away in 2012, but his legacy lives on. He was a college teacher, a community leader, dedicated church layman, singer, scout leader, collector of Indian relics and lecturer on Indian folklore, an ornithologist, imitator of bird calls, avid hiker, free lance writer, aviator, boxer, youth camp director, Naval Gunnery officer in World War II, a champion tennis player and coach. Of all his unbelievable adventures, Fred says the most satisfying of all experiences was building the Great Wall of Happy Hollow. It was a five and a half-year project he undertook at age 75 that involved his moving 12 train boxcar loads of large rocks to his residence in Athens. He built a wall surrounding his 2 acre compound that reaches 18 feet high in places. (Adapted from the UGA Alumni Association)

Bicycle use is not allowed on the Birchmore Trail. All dogs must be leashed.