The History of Athens Transit

Public Transit in Athens, Georgia Since 1885
The development of public transit in Athens, Georgia dates back to the late 1800s. The first street railway system was organized in 1885. The early system encountered some unique problems when it rained. The mules pulling the street cars bogged down in the mud and passengers complained when they could not see through the mud-splattered windows.

In 1890 the Athens Park and Improvement Company gave land to the Street Railway Company to extend its lines out two miles to a new development, the Boulevard. The streetcar barn located on Boulevard was given to the railway and by 1910 the lines were electrified. Service was expanded to cover four major streets.

In the first year of operation, passenger boardings averaged 900 per day. The millionth passenger was boarded in 1980. As the system continued to gain riders, it was recognized as one of the few transit systems recording continual increases in ridership every year. By 1992, 15 million people had boarded The Bus.

First Service Plan
The first service plan in 1976 provided extensive service in the city from early morning until 9:00 p.m. In 1979 service was trimmed to improve operating efficiency once service demand was determined. The system maintains one of the most efficient operating ratios for its size category in cost per mile and hour, and cost per passenger carried. 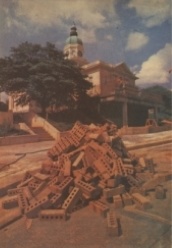 In 1991, Athens Transit Service was recognized as an outstanding transit system for its size. Athens Transit now serves a population of 100,000 that is comprised of a diversified community of 35,000 college students, a viable downtown, and growing commercial district. Athens Transit operates as a department of the Athens-Clarke County Unified Government. 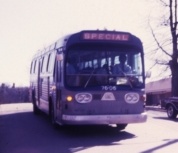 Historic Preservation
Historic preservation influences all development in the downtown district. The Athens Transit Transfer Center, completed in 1987, is located at City Hall, which was built in 1903.

Perched on the highest point downtown, City Hall continues to be an imposing figure in the downtown skyline and an appropriate landmark for the transfer center where public transit has become an integral part of this community.

The directors that have guided Athens Transit System from the beginning:

Advertise on The Bus
View All
/CivicAlerts.aspx
Alerts
Jobs
Payments
Notify Me®
Report a Problem
[]