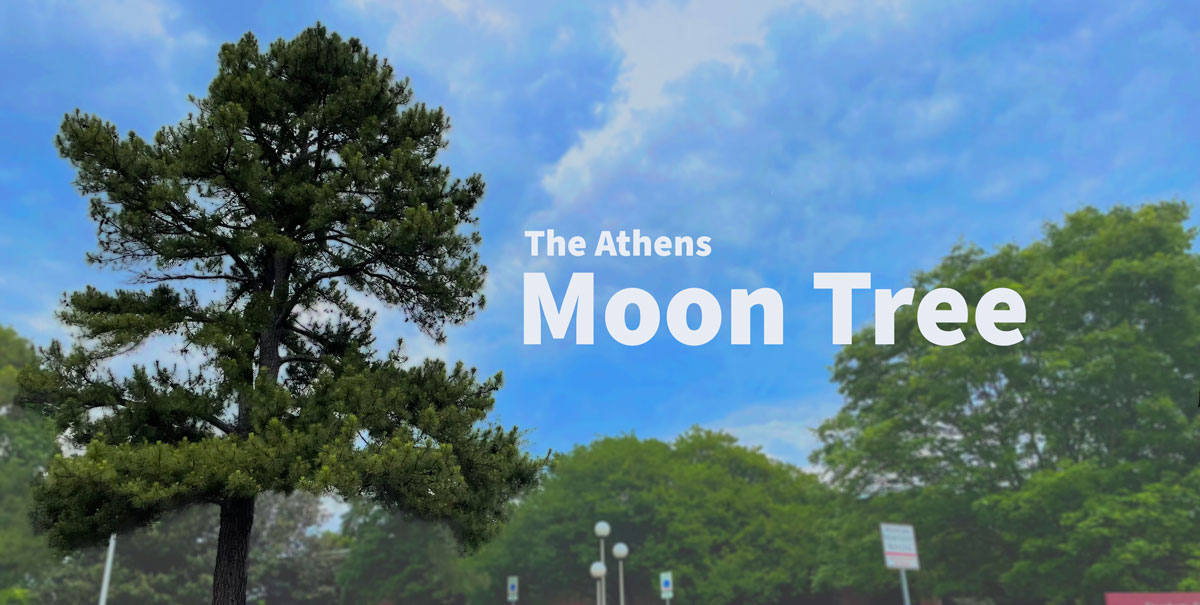 In May, 2021, the Landscape Management Division installed a plaque honoring Athens’ “Moon Tree” and the 50th anniversary of its trip into space.

Located outside the government building at 120 West Dougherty Street, the plaque and the Moon Tree can be visited near the parking lot.

The Loblolly Pine was germinated by the U.S. Forest Service from a seed among 400 flown to the moon and back in February 1971 during space mission Apollo XIV. It was carried by astronaut Stuart Roosa.

Through the Athens Sertoma Club’s efforts, Athens was selected as one of four locations in Georgia to receive a seedling. The seed was planted in 1976 at the site to celebrate the United States bicentennial.